​Peter Reinecke, principal of Reinecke Strategic Solutions Inc., serves as Senior Advisor to UNPA. For 25 years, Peter has been a leader in health and nutrition policy having spent over 20 years working for the U.S. Congress.  As staff to the Senate Health, Education, Labor and Pensions Committee and as Legislative Director and Chief of Staff to Sen. Tom Harkin, he helped write many key pieces of health legislation, including the establishment of the National Center for Complementary and Alternative Medicine at NIH and the Dietary Supplement Health and Education Act (DSHEA).  Peter’s Capitol Hill tenure also included work on a range of other legislation including health care reform, child nutrition, measures to expand access to chiropractic and acupuncture services and to reorient the health care system towards prevention and wellness.
​
Peter has also served on the staff of the Institute of Medicine, National Academy of Sciences and as a Visiting Lecturer at Duke University. He is a graduate of Duke University and is the proud father of two young children. 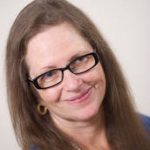 ​Patricia Knight left three decades of government service in 2007 to found a small Washington, D.C.-based consulting business providing strategic advice on a range of health-care issues, with an emphasis on  those that are FDA-related.  Trisha has had a long association with health care policy and legislation, particularly that involving dietary supplements. She served as Health Policy Director and later Chief of Staff to Senator Orrin G. Hatch, R-Utah, for 15 years. In that position, she was responsible for directing all aspects of the Senator’s office, including policy, legislative development, staffing and administration. She has also served at the Department of Health and Human Services twice as Deputy Assistant Secretary for Legislation (Health), Principal Deputy Assistant Secretary for Legislative and Intergovernmental Affairs at the Department of Commerce, professional staff to the House Appropriations Committee, and chief legislative assistant to Rep. James T. Broyhill, former Ranking Republican on the House Energy and Commerce Committee. Trisha has been involved in formulating legislation on a range of health-related issues, including health care reform, regulation of foods, drugs and medical devices, and Medicare and Medicaid reimbursement. She was one of the lead staffers in developing the major dietary supplement laws enacted in the past two decades – the Dietary Supplement Health and Education Act of 1994 (P.L. 103-417) and the Dietary Supplement and Nonprescription Drug Consumer Protection Act (P.L. 109-462). Trisha graduated magna cum laude from Syracuse University with a degree in photojournalism and anthropology.

Foreign policy and the US political landscape: Where does the natural products industry fit in?
Nov 21, 2022

Dietary supplement use among Americans is an all-time high, with the US being the leading worldwide importer of vitamin products last year. With

Salt Lake City, Utah — The United Natural Products Alliance (UNPA) is pleased to announce that it has selected Dr. Raj Chopra as