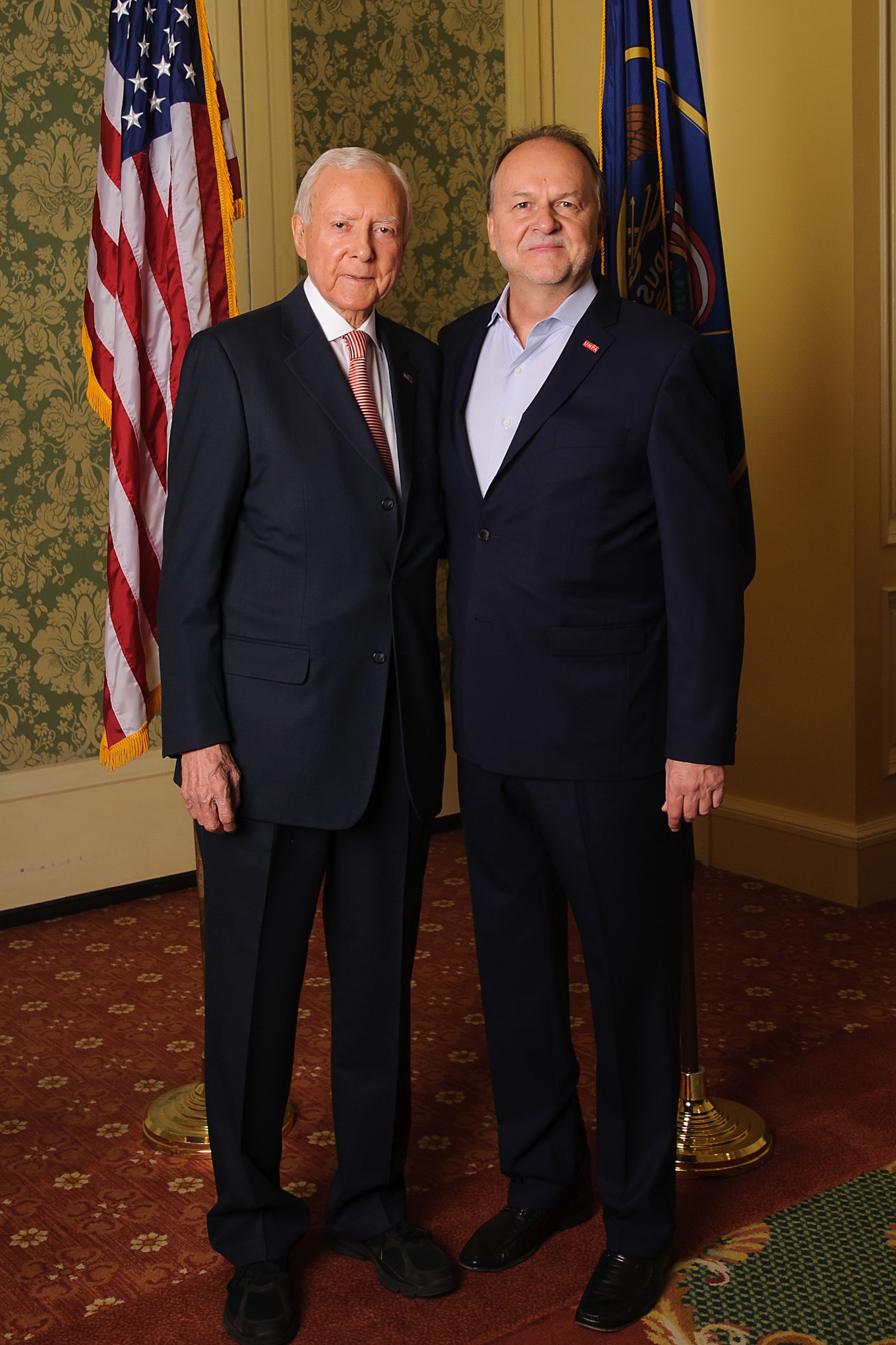 Senator Orrin G. Hatch passed away on Saturday April 23, 2022. He was at home with his family in Salt Lake City. He was 88. I had the good fortune to meet the Senator 45 years ago, working on his staff. As I reflected on his life and extraordinary legislative career I felt a great sense of gratitude for that fortuitous time in Washington, which changed the course of my own career and life experience. Many others no doubt feel the same.

To some he is an iconic name, the champion of our industry who created the framework for a thriving industry. He did this because he believed in the value of supplements, when so many of his Congressional colleagues thought otherwise. He was immaculate in his attire, a song writer, courteous and respectful, the longest serving Republican in the history of the US Senate, and one hell of a fighter.

DSHEA exists because he refused to give up when all around him were battle weary and ready to throw in the towel. He would not let us, and rallied the troops more than once. Over the years many of those who fought for health freedom have passed on, and now our champion has joined them. Please find a quiet moment to consider that your job is very likely due to Senator Hatch, and offer your thanks that he fought the good fight for so long and so courageously.

Patricia Knight, our Senior Political Advisor, shares, “On a personal note, I “cut my teeth” on DSHEA early on in my 15-year Senate career, and sincerely doubt Senator Hatch would have ever promoted me to Chief of Staff had we not enjoyed the success we did in pushing for this ground-breaking law. I became a true Hatch devotee from that intense experience, as I saw how time and time again he masterminded enactment of the bill over a three year period, steeping himself in the intricacies of food and drug law, working closely with Loren, UNPA and our members.

DSHEA’s framework has not only withstood the test of time, but more importantly it has benefited both consumers and industry as we strive to help people have the options they want to lead more healthful lives. This could not have happened without the strategic genius and persistence of Senator Hatch, and the critical partnership with Senator Harkin and Peter. It is clear to me that no one else in the Congress could have achieved this victory.”

There have been many tributes to Senator Hatch acknowledging his extraordinary career and legacy. In today’s Deseret News, Senator Hatch’s longest serving staffer, Melanie Bowen (who is a dear friend and a marvelous person) wrote what I think is the most touching and personal tribute about Senator Hatch.

I hope you will take a moment to read it. For those who never met him, this really describes who he was. I can add a few personal stories, one of which was the time my briefcase was stolen out of my car, including my passport and wallet, leaving me with no identification. I was to take my son Johnny on a trip to Alaska the next day. Sadly the trip was blown as I could not get on an airplane without I.D. Moreover, I was scheduled to be in Europe right after the Alaska trip, but no passport, no Europe. In desperation, I called Senator Hatch’s staff. The Senator personally assisted me, and I had a new passport in two days. As Melanie says, Senator Hatch did similar things for thousands of constituents.

At our upcoming UNPA retreat at the end of this month in Cannon Beach, Oregon, we will be honoring Senator Hatch with a special tribute, together with a brief photographic history of DSHEA. There are almost no images of the people who worked on DSHEA, but the few that exist, I have, and I will be sharing those along with some personal background and anecdotes at the retreat. We would love to have you join us if you are not yet signed up. Event details as well as the current agenda can be found HERE. Feel free to contact Kira Olsen (kira@UNPA.com) with any questions or needs concerning the retreat.

You all know him as the Herbal Cowboy. I am new in town (to the herbs and natural products industry) so I approached

Since 2017, UNPA has broadly engaged Chinese peer associations, chambers of commerce, and other organizations to assess the opportunity to assist US companies